The 21 Day Fix is all the rave these days! Seriously, this trainer came out of no where, created this program and it launched in February of 2014. Beachbody couldn’t even keep it stocked on the shelves and it was on backorder for months after its big launch. All of that is fine and dandy, but does it really work? Or is everyone just all hyped up because it is the “next big thing”?

My friend Brittany and I talked bcd and forth about this program, and after I did it, she decided it was time to give the program a try. But instead of me telling her story, I am going to let her tell you! Grab a tissue!!!

“Starting from a young age, I was always overweight, but I didn’t know much different. Fast food became part of my diet. I made excuses to not drink water, I would grab soda or french fries before juice and carrots. I gained the weight quickly. Doctors told me I needed to watch myself, even my parents tried to help me but it was “too late” I had let my weight spiral out of control but I was ok with it because I was “happy” and wasn’t going to do any physical activity. Years later I still had weight issues, I looked at people around me and thought they were pretty or secretly wished I was “skinny” but had no motivation to do any physical changing….I had friends….people should like me for who I was….I thought. I tried diet pills but nothing worked because I wasn’t working for it….I was looking for the magic pill. When I went to college I actually lost a little weight because I was forced to cook on my own and I wanted to feel good about myself. I would go to the gym….but as winter set in, it was easier to order chinese then make a salad etc. I tried to go to workout classes or walk on my own but nothing was really working. So I found it really to be hopeless and gave up. My junior year I met someone extremely important to me and I lost them three years later because I lost myself. I got “too comfortable” and became lazy, I put on lots of weight, I chose eating out over being active. My idea of a fun night was always something that involved sitting or eating or a combination of the two. They saw I was heading downhill fast and tried to tell me….but I ignored the signs because I thought they’d never leave. My jeans knew the damage I was doing to myself (to be honest I stopped wearing jeans…yoga pants and stretch clothes were my new wardrobe), the number on the scale kept rising, but still I didn’t see it. I know many people can say “How could you not see it?!” but to be honest I truly didn’t or maybe I just didn’t want to admit it. I used to eat more then some boys did, getting seconds, super sizing a meal, eating and then eating again. I didn’t see the effect it had on me. I ordered workout programs with broken promises of changing my ways. It took losing that special person for me to truly see the damage I had done. This “disorder” hadn’t just effected me, it effected the people around me. In a way it was a blessing this person left, had they not I would have never saw who I had become….who I had been for the last 3 years or 20 years. I was miserable, over weight, my clothes barely fit. I wasn’t happy, I wasn’t me. Thats when i decided to make a change. I was sick of seeing the numbers on the scale rise, or buying a size bigger in clothes (it hit me when I order jeans online in a size 20 something), or not even feeling comfortable sitting in a chair. I had boughten the 21 days fix workout kit a couple months prior but I know I needed to stick to it this time. I would be lying if I said it was easy. I made a a commitment to stop going to fast food places, cutting out soda and becoming active with these workouts, drinking lots of water. Even coming this far I still have my days when I want to give up or skip the exercise but when I do I can feel it in my body and I get myself motivated again. I have been doing the 21 day fix program since the end of May and since then I have lost about 45 pounds….I am still shocked myself. I told myself for years it was impossible and in just 5 months I have accomplished so much. It hurts knowing I wouldn’t have lost that special person if I would have done it sooner, but I didn’t know sooner, I didn’t see it sooner. But I made the choice now and I am pushing through. I have to remind myself to enjoy the journey because sometimes I am frustrated when I look in the mirror. I forget this can’t happen overnight and I have to be proud of my progress. But I have to tell people, it’s never too late, and you can’t change until you are ready. People told me for years I had an issues, and I didn’t see it until later. You can’t change something until you want to. So no matter what don’t give up, I have to thank the wonderful coaches and ladies in my workout groups for the motivation because so many times I want to give up but then I talk to them and they remind me why I am here and that I can do this. I’m not where I want to be but I am happy I am not where I use to be.“ 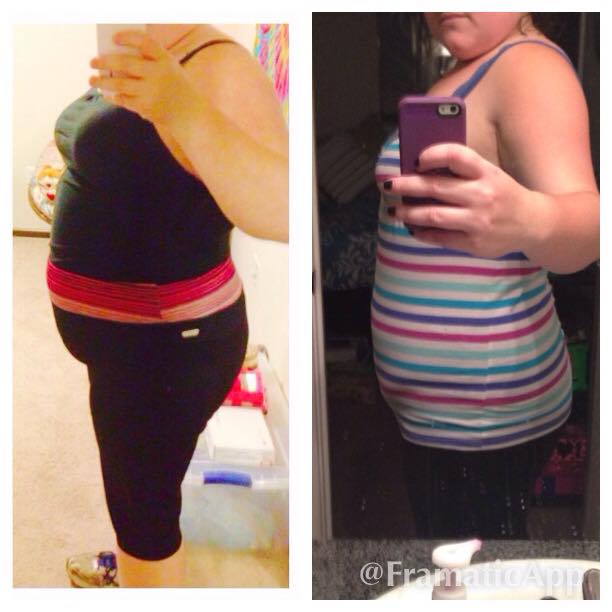 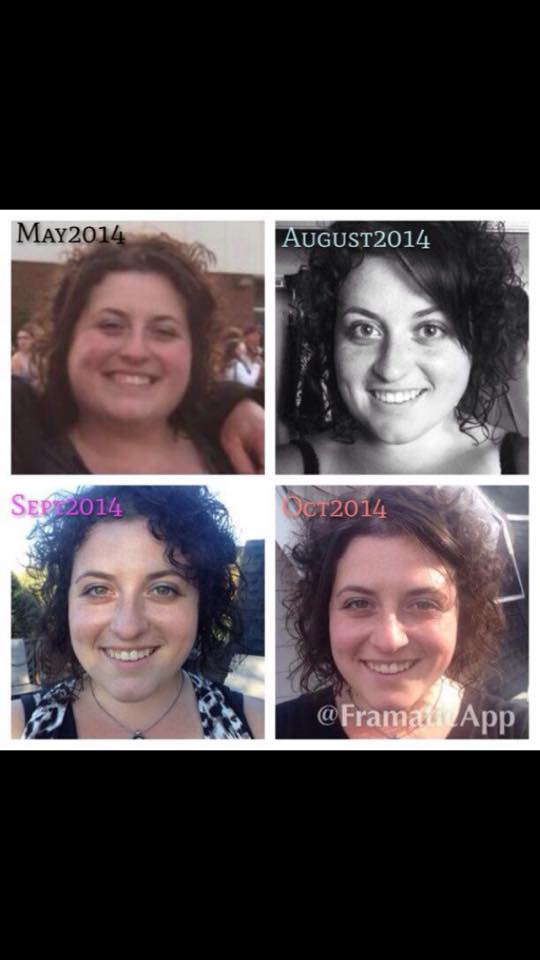 I love Brittany’s story and she is one of the reasons I LOVE my job. If you want to join a challenge group like Brittany did, you can apply here! I would love to be able to work with you and help YOU have a story just as moving as Brittany’s 🙂

My Birth Story (or short Novel)